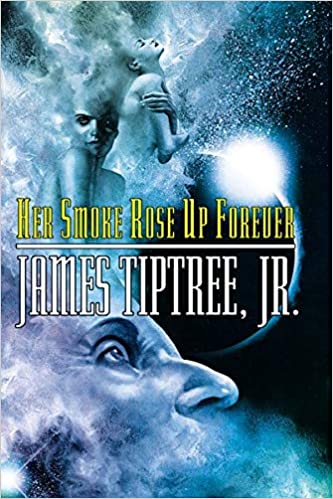 During the 1970s, I was navigating my teen years and immersing myself in the world of science fiction. I was learning as I went, both reading new fiction as it was released and working my way backwards through the classics. And I remember being delighted to discover that two of my favorite authors had secret identities of a sort.

In 1967, James Tiptree, Jr. burst onto the science fiction scene, and for the next ten or so years wrote short stories of such imagination and fierce intelligence, psychological complexity and a rare humanity, that few authors have managed to equal that output. The stories—Love Is the Plan the Plan Is Death, The Screwfly Solution, Houston, Houston, Do You Read, The Women Men Don’t See, The Girl Who Was Plugged In, The Psychologist Who Wouldn’t Do Awful Things to Rats, and many others—were shockingly original. Hard science fiction that was also humanistic and emotionally astute, and forthrightly dealt with gender and sexuality. Tiptree, Jr. wrote a couple of novels as well, but it’s the short stories that won awards, and are true classics of science fiction.

I mentioned a secret identity, but in this case it’s more of a double life, because in 1977 it was revealed that James Tiptree, Jr. was actually a 61 year old woman named Alice Sheldon. Sheldon had a fascinating life, traveling the world with her parents as a child, reaching the rank of Major in the United States Army Air Forces where she worked in intelligence, and eventually achieving a doctorate in experimental psychology. She also attended art school, and had careers in art and graphic design.

Partly to protect her academic reputation, Sheldon used the pseudonym James Tiptree, Jr. when her science fiction began to be published. Although she never appeared in public at conventions, she was a prolific letter writer, and corresponded with fans and other SF authors, always as Tiptree. She fooled them all. In fact, when rumors circulated that Tiptree may in fact be a woman, the science fiction writer Robert Silverberg (who’s had his own issues lately with misogyny and sexism) wrote that, “It has been suggested that Tiptree is female, a theory that I find absurd, for there is to me something ineluctably masculine about Tiptree’s writing”.

Sheldon continued writing after her identity was revealed, sometimes as Raccoona Sheldon, but was never quite as successful. She suffered from debilitating depression, and in 1987 shot her husband and herself in a murder/suicide. Sheldon’s legacy continues to this day, as the James Tiptree, Jr. award is annually given to works of science fiction or fantasy that expand or explore our understanding of gender.

Paul Linebarger was a US Army officer, a noted East Asian scholar, and an expert, an expert in psychological warfare, advisor to President John F. Kennedy, and godson to Sun Yat-sen. He wrote the definitive textbook, Psychological Warfare.

Meanwhile, under the name Cordwainer Smith, he wrote a series of loosely interconnected short stories and one novel concerning The Instrumentality of Mankind. The stories—Scanners Live In Vain, The Game of Rat and Dragon, A Planet Named Shayol, The Ballad of Lost C’Mell, and many, many others—are so strange and wondrous, so overflowing with unique characters and imaginative settings, that no one, before or since, has written quite like Smith.

Smith died in 1966 at the age of just 53. He left behind an amazing body of work that sadly, I think, doesn’t get read as much today. That’s partly why I’m writing this post. I hope, if you’re reading this, you might be inspired to pick up one of Smith’s story collections and take a deep dive into his world. I promise you won’t be disappointed.