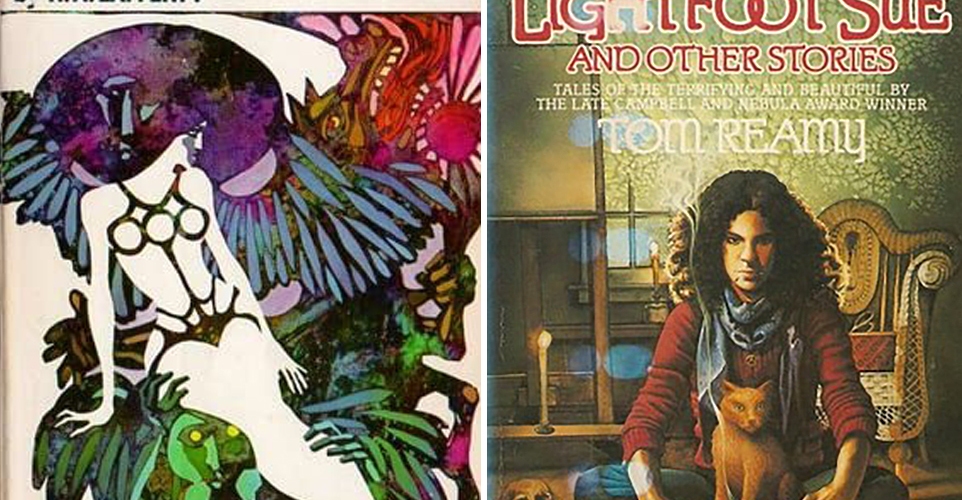 My coming of age, reading wise, happened throughout the 70s. That’s when I went from discovering The Martian Chronicles and I, Robot during the same week in my junior high library to becoming the hardcore science fiction and fantasy fan I’ve been ever since. A lot of the authors responsible for my lifelong journey are relatively household names, at least for folks who read within the genre. I’m thinking about golden age writers like Heinlein, Asimov, Bradbury, Clarke, Sturgeon, Bester, Farmer, and Pohl (to name just a few off the top of my head). And the “new wave” writers who came to prominence in the 60s and 70s, like Ellison, Silverberg, Malzberg, Dick, Russ, and Tiptree, Jr.

But a couple of the authors that really set my imagination ablaze, that solidified my love for the genre, don’t get talked about much these days. I don’t know why, and it doesn’t really matter. I’m sure someone will read these two names and say, “Hey, that’s my favorite writer!” That would make me ridiculously happy, because these are authors I truly love.

R.A. LAFFERTY
Neil Gaiman once said that, for a while at least, Lafferty was the best short story writer in the world. I couldn’t agree more. His stories, many of which I read as I worked my way through the Orbit anthology series, are whimsically strange, wonderfully quirky, and all-together incandescent. I can tell a Lafferty story, even one I haven’t read before, within one or two sentences. He takes complex ideas, outrageous but humane characters, and startlingly original language, and whips it all together into something that should never work, but always does. He also wrote a bunch of excellent science fiction novels, some historical novels, and one of the finest books about Native American life I’ve ever read, Okla Hannali. But it’s his short stories—shaggy dog folk tales, darkly comic, undefinable—that should be remembered and celebrated.

TOM REAMY
If R.A. Lafferty isn’t as well know as he should be, Tom Reamy really isn’t as well known as he should be. Like many other great writers, Reamy started out in fandom, including editing a well-regarded fanzine that made the final Hugo ballot more than once. When he started writing fiction, the stories came fast and excellent—he sold his first two on the same day. Altogether, Reamy wrote just thirteen stories and one novel. The stories—Twilla, San Diego Lightfoot Sue, The Detweiler Boy, Beyond the Cleft, and the others—are darkly imaginative, the literary stepchildren of Harlan Ellison by way of Ray Bradbury. Speaking of Bradbury, Reamy’s debut novel, Blind Voices, concerns a sinister traveling circus traveling through 1920s rural Kansas. It’s a richly imagined work that pairs nicely with Something Wicked This Way Comes. Sadly, Reamy died from a heart attack at just 42, which at least partly explains why more folks don’t know about him. Search his stories out, he’s that good.