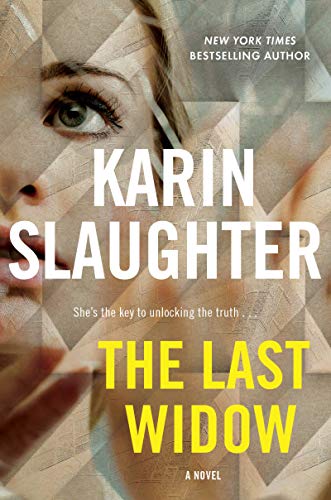 Anyone who reads this blog regularly has probably realized that I read mostly genre stuff, specifically science fiction, fantasy and horror. Once in a while, however, I don’t mind a good, taut thriller. Karin Slaughter’s The Last Widow is part thriller, part police procedural, and an altogether fun, sometimes nerve-wracking read.

The Last Widow concerns a terrorist attack, an off-the-grid white supremacist group, kidnapping, and an undercover government agent. Slaughter does a lot of things really well here. She seems to have a deep knowledge of how law enforcement works on both the local and national level, from city police to government agencies including the Georgia Bureau of Investigation and the CDC. Everything she details rings true. Grudging cooperation, inter-agency squabbles, heroics and bone-deep weariness, it’s all there.

The terrorists’ plan, particularly given the current state of the world, is relevant and terrifyingly plausible.

One final thing I’d like to mention is pacing. Slaughter does something I found extremely effective, almost cinematic. Bear with me as I digress here. Did you ever notice when watching Goodfellas that in the final quarter of the movie, as Henry Hill’s life unravels, the pacing accelerates, the scenes are shorter, choppier? Slaughter’s chapters in The Last Widow start out long and dense, and then get shorter, punchier, almost breathless, toward the end. It works like gangbusters.